It’s probably fortunate that Jackie O isn’t still around to edit, I expect she would be horrified at some of the things found online today. Please don’t feel compelled to point out anything you find wrong on this blog, as I am neither a paid editor nor an English/Journalism major, I’m sure there will be MANY things. Don’t get me wrong…I love the fact that we have the information we do at our fingertips, and at a moments notice no matter where you are (assuming you have a smart phone with a data plan). But with the all of this rapidly available information, it appears we have killed off nearly all of the online editors. Cases in point:

Fire at Ripley’s Aquarium note the last line…and just in case it’s corrected, a screen shot for you 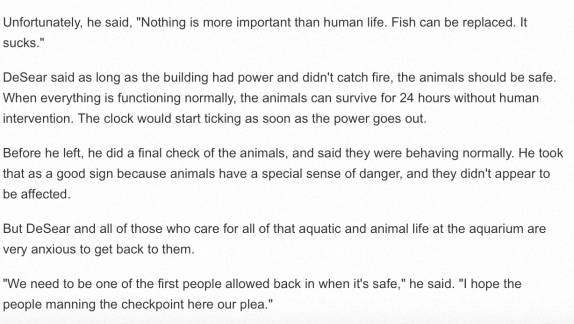 I was unaware we now here with our eres.

A comma makes all the difference. In a headline from The Huffington Post 11/29/16

Mike Pence Supporter Angry Over ‘Hamilton’ Protest Charged In Racist Attack On Asian Diner Patrons. Um, So the protest was charged in the attack? How exactly does THAT work?

In just 4 paragraphs, I found3 mistakes. There may have been more, I quit at those. If anyone had bothered to run their spell and grammar checker, two of the three that I found would have been picked up, and a fourth that I initially didn’t would have as well. How do I know? I copied and pasted the text into a Word document for giggles and ran spell and grammar check, just to see what would happen. Can you find the errors? (Answers are at the end of this post) 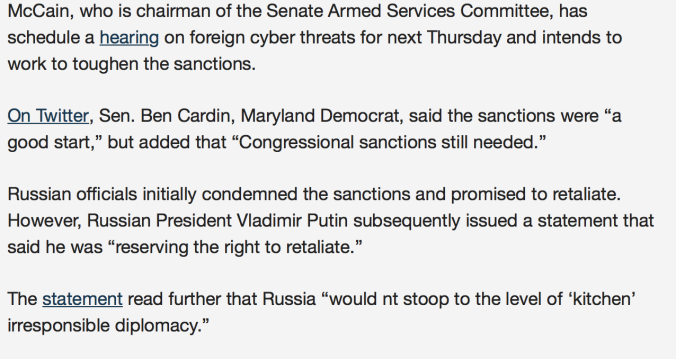 And Now More From the Files of …Part 3

What will this girl be like when she doesn’t get a promotion? Or is fired? In Tallahassee, a girl was threatening to sue because she didn’t make the cheerleading squad. Say what? Some pampered princess is going to  tie up court time and money, because mommy and daddy never told her no, never tapped her dimpled butt as a two year old and let her throw tantrums all over the house. (Don’t jump on my case about abuse and beating kids, sheesh.We’re talking about someone who needs to learn she can’t get everything she wants, when she wants it, because she wants it.) I found a great photo that depicts how I expects she parks her car too. 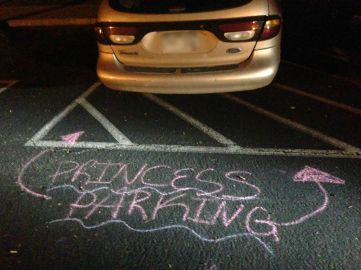 Answers to the errors above:

I hope that you all have a safe and happy New Year’s celebration today, tonight, or if I’m lucky enough to have a reader somewhere that is over the International Date Line and it’s already 2017, I hope you wake up feeling hopeful and refreshed.